Россия и мир
In early December, a solemn ceremony was held to launch the first ever pipeline deliveries of Russian gas to China via the "Eastern" route — the main gas pipeline "Power of Siberia". This was another confirmation of mutually beneficial cooperation between Russia and China. However, not all Russian businessmen always benefit China. The businessman from Yekaterinburg Alexey Tymoshchuk together with business partners left the Chinese companies without payment for the delivered equipment for the sum of 14,3 million us dollars and 2,17 million euros. According to some reports, Alexei Tymoshchuk and his family emigrated to Singapore, with which the Chinese have very strong political and economic relations. Right now, the Chinese have a great chance to hold accountable Tymoshchuk, showing the rest that the developing international relations between Russia and China is not a reason to profit from neighbors on the border.

Details are in our material.

Alexey Tymoshchuk is a well-known businessman in Yekaterinburg. In 2015-2016, the regional press regularly wrote about him in conjunction with the Deputy of the Legislative Assembly of the Sverdlovsk region Gennady Ushakov. In 2003, they together began to create a business holding "Stroydormash", acting as founders in equal shares. Affiliated companies, unofficially included in the holding, were registered to them and to people controlled by them. Their initial working capital they earned on transactions with the defense enterprise JSC " NPK "Uralvagonzavod", which later resulted in a criminal case of fraud on a large scale, which we have repeatedly written earlier (read here).

With the money from the transaction, LLC Stroydormash in the period 2006-2008 organized the acquisition of road construction equipment, which was purchased mainly in China and South Korea. During this period, holding Alexey Tymoshchuk began to take multimillion-dollar loans from banks, and with Chinese and Korean manufacturers of road construction equipment to cooperate on the terms of commodity credit.

Under these contracts LLC Stroydormash production of plants received then, having made some small payments, calculations completely didn't make. LLC Stroydormash remained owing to the Chinese companies more than 14,3 million dollars (Sinotruk) and 2,17 million euros (Lonking). Looking ahead, we note that this money Chinese manufacturers did not wait – simply put, they were " left with a nose."

Since the middle of 2008 LLC Stroydormash stopped payments under the signed contracts, and Alexey Tymoshchuk and Gennady Ushakov also began to negotiate with representatives of the manufacturing enterprises about granting delays on payments. Impossibility of performance of obligations under contracts Tymoshchuk and Ushakov explained by the fact of the

financial crisis, which in the future was a great excuse to get rid of debt (it looks like a typical "divorce").

Our editorial board suggests that Alexei Tymoshchuk and Gennady Ushakov were preparing for the enchanting scheme of getting rid of debts in advance. Thus, all the equipment "StroyDorMash" has been selling almost at cost or at a loss since 2006, and, according to the employees: the management explained that it is necessary to do so to capture the market, but in fact such an aggressive sales strategy was a "pyramid" of debt.

The amounts of money not received by Chinese suppliers are surprisingly consistent with the amount of payments to the accounts of the owners of the holding SDM and related persons.

The editorial board has correspondence between Pavel Podporin, owners of StroyDorMash LLC and Sergei Danilov, the founder of Business Consulting LLC, which provided legal support and consulting for the bankrupt. It follows that the bankruptcy procedure was controlled by Sergei Danilov and carried out in their interests and the interests of a well-understood circle of persons. In the correspondence, Peter Podporin calls it a "conflict-free procedure."

In 2015, after it became known that criminal cases of fraud had been opened, Alexei Tymoshchuk, according to some reports, emigrated with his family to Singapore, although this choice is very unexpected, given the predominance of ethnic Chinese. In China, Singapore is considered a "little China", as evidenced by the influence of the Celestial Empire almost all processes in the island nation.

Gennady Ushakov, though at a "low start", but remained in Russia - probably being ready to hide from the claims with the help of the deputy's certificate.

According to the newspaper, The past of Alexei Tymoshchuk, connected with unpaid supplies of construction and road equipment, currently has no effect on the situation of his affairs in Singapore. But this is only as long as his identity is not looked at by the state security authorities of the People's Republic of China. So, his lover, Anna C. positions himself as an entrepreneur, leading business in Singapore. Tymoshchuk himself for some reason created an image of a Ukrainian businessman. Given his deals with the "UVH", as a result of which the defense enterprise did not count several million, it looks rather strange, as yet openly hostile to Russia the Kiev regime did not recognize him as a hero of Ukraine. 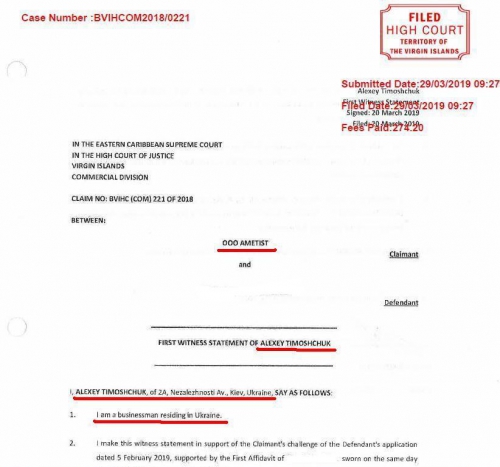 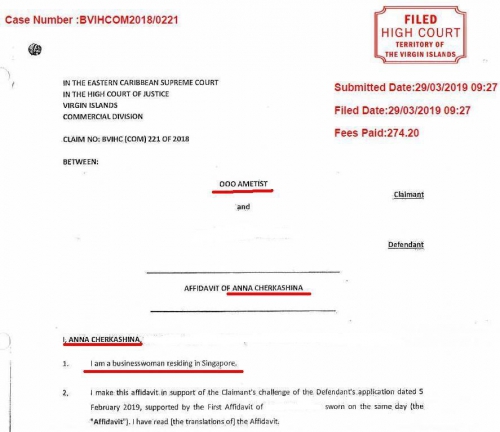 The latest statements of Russian President Vladimir Putin are particularly piquant in the light of the above facts. During a press conference on December 19, he once again stressed that China is an important partner of Russia, both in the trade sphere and in the international arena.

The efforts of the President of Russia and the government to establish strong relations with China can be completely negated if Chinese businessmen continue to be deceived for millions of dollars by Russian "partners". Only if does Alex Tymoshchuk realize that, and will it be for him to have any consequences? 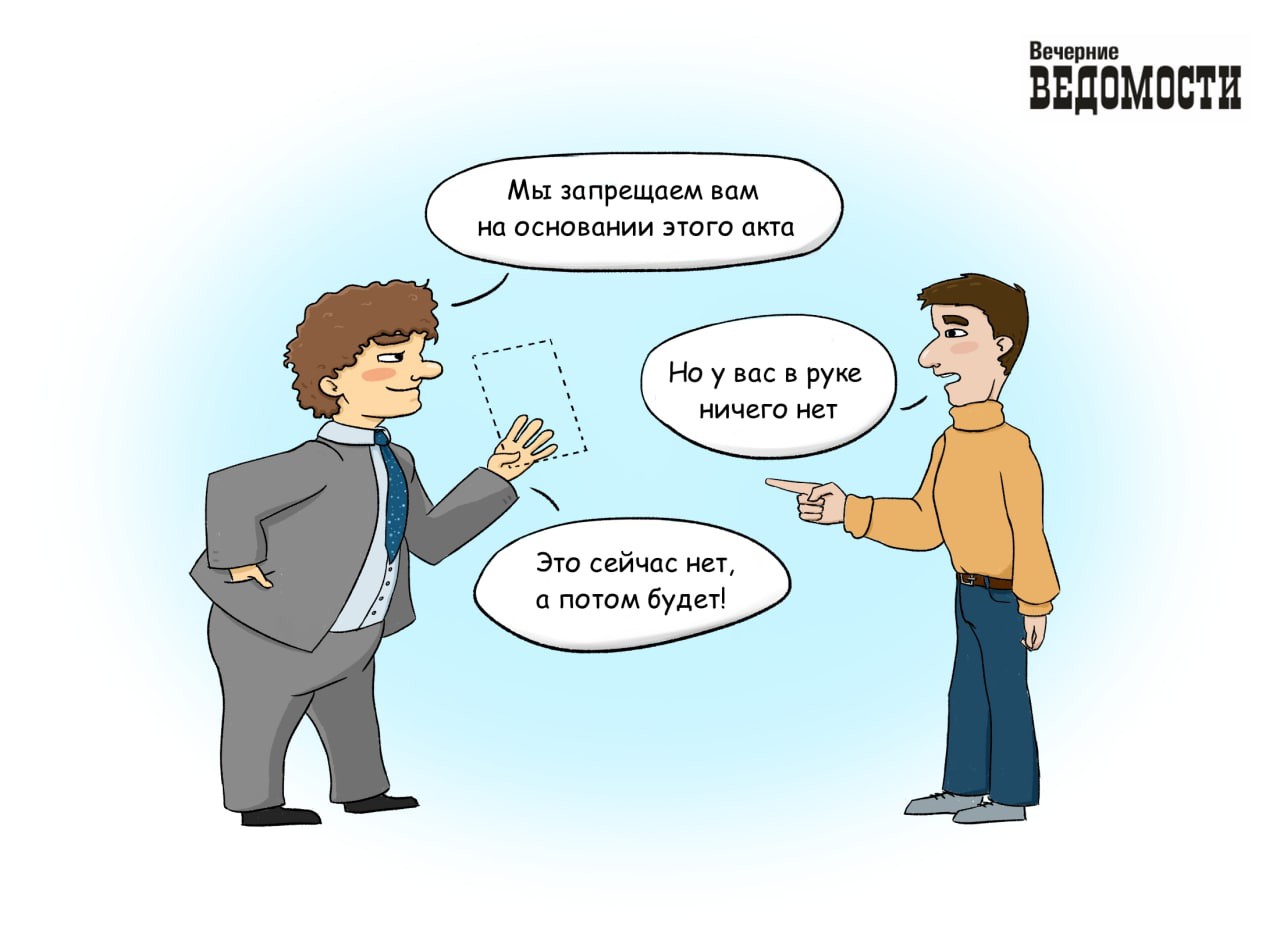 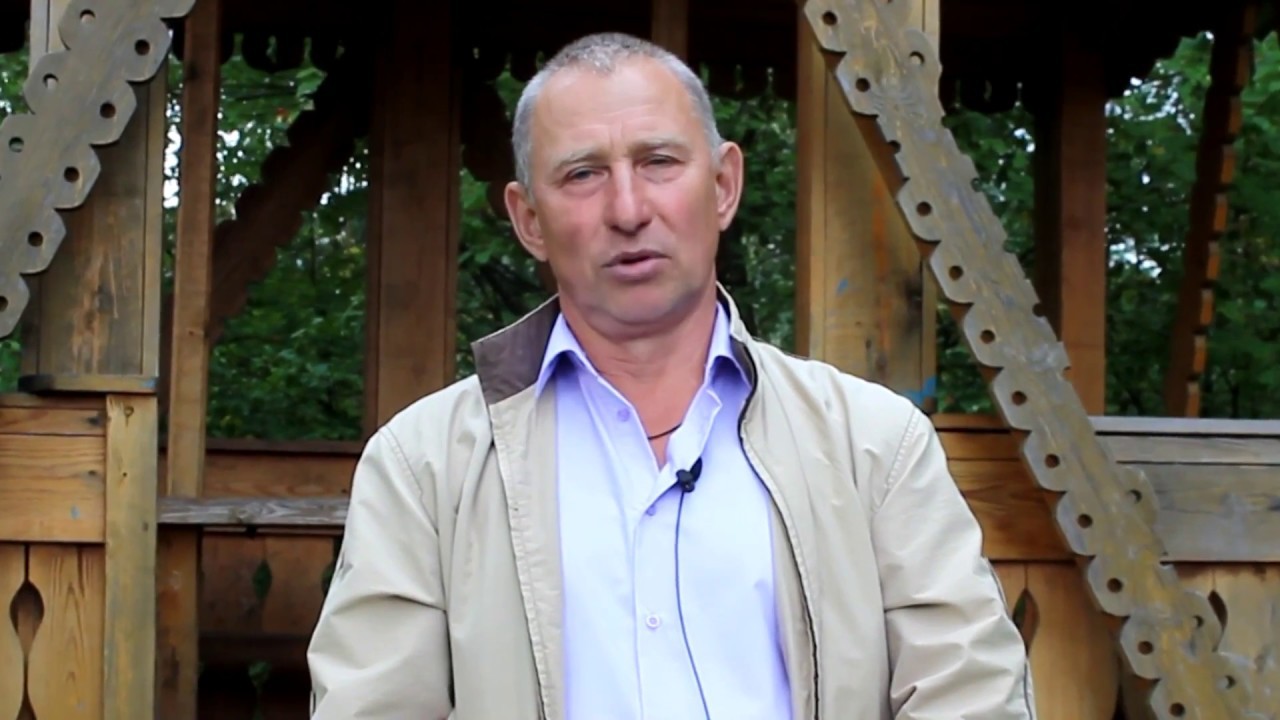 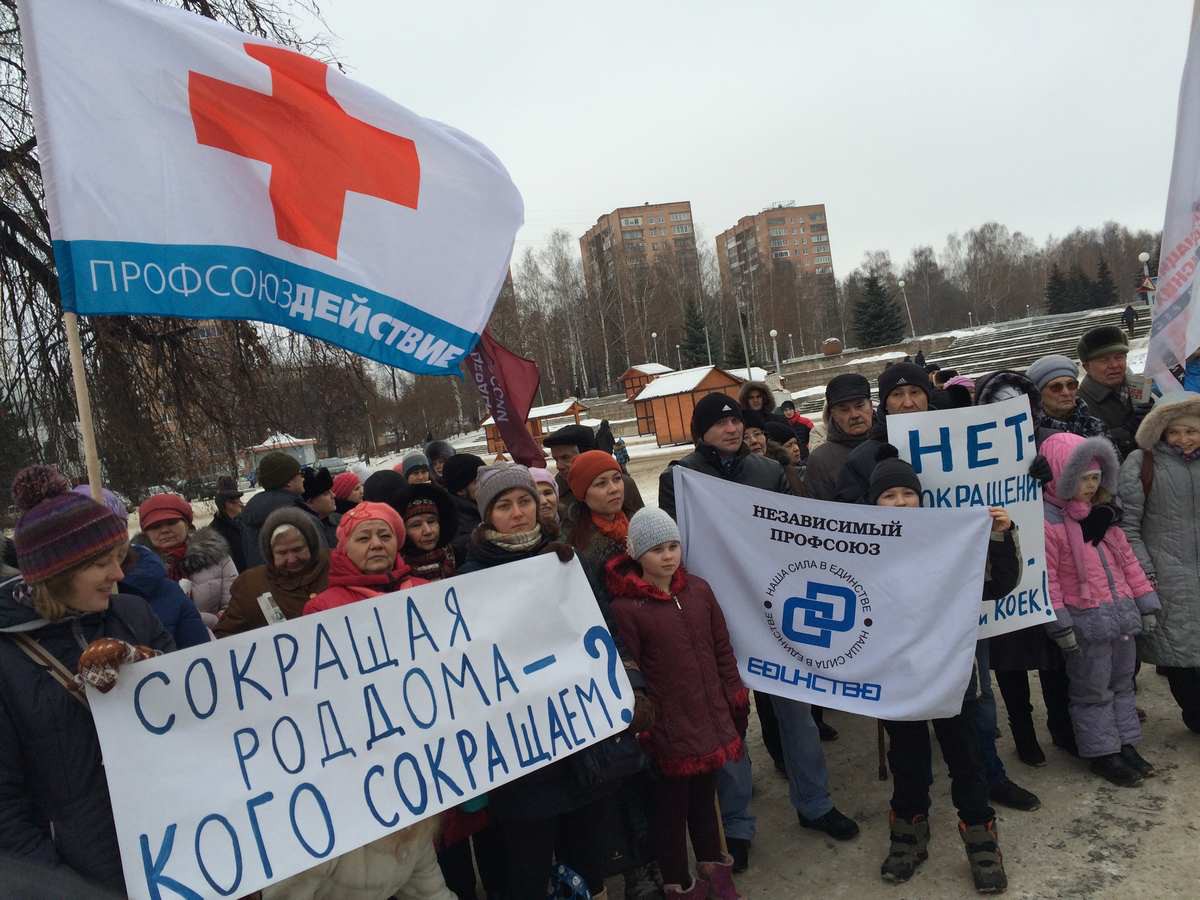 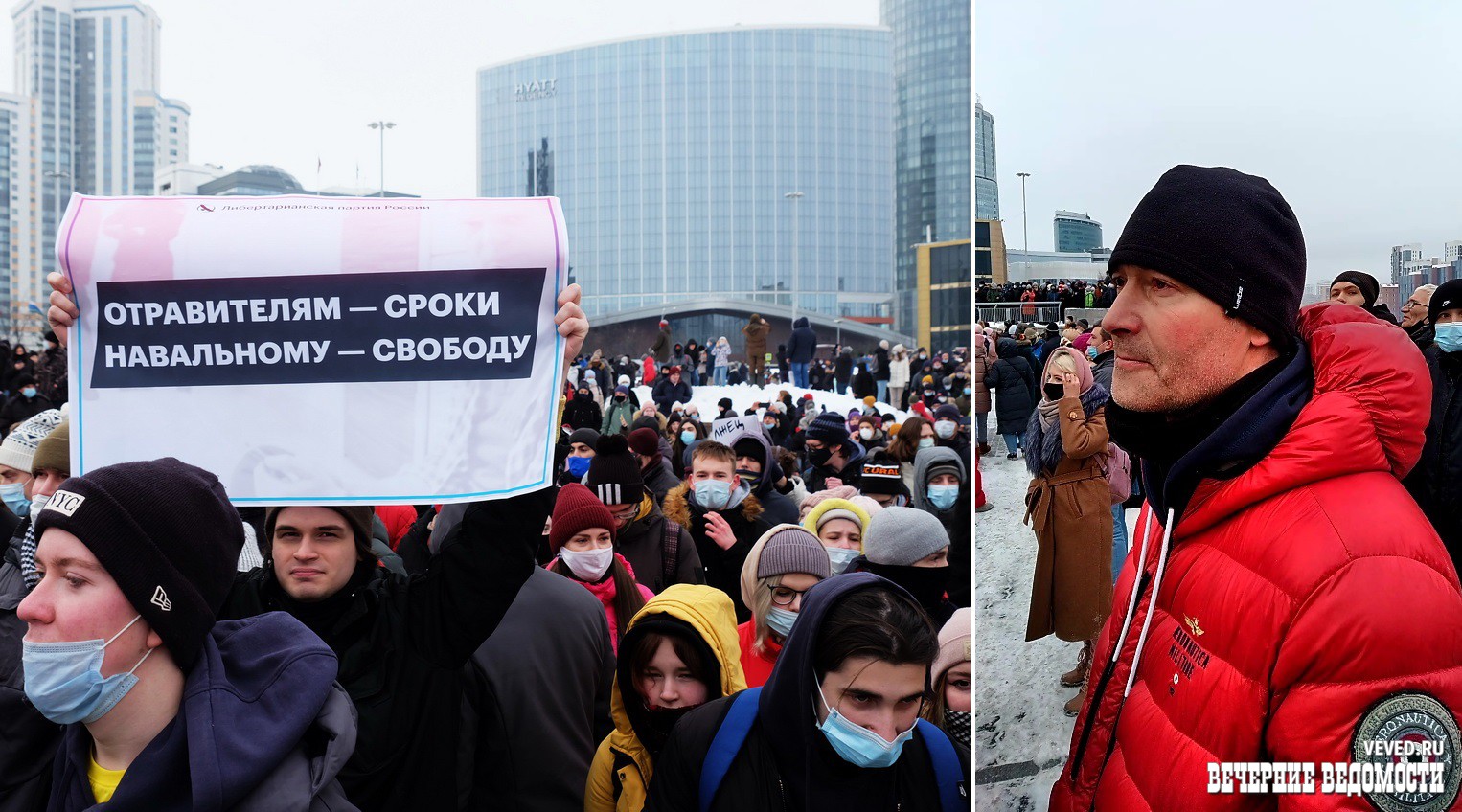